It took most of the weekend, but yes, the Netflix top 10 list has shifted once again.

Floor Is Lava fended off several new competitors this week including the return of The Order, but it’s not actually a show that unseated it, but a new movie.

That would be Eurovision Song Contest: The Story of Fire Saga, a new Will Ferrell venture that a few years ago, obviously would have been in theaters, but it’s part of Netflix’s latest campaign to snap up big-name stars for projects like this. And while there are no box office revenues to report, they have obviously found a hit with this one, as it’s the number one most viewed offering on the site, even in the US where many people have likely not heard of the real-life Eurovision contest..

The Eurovision Song Contest is an event in Europe where performers from different nations compete to write and play the best original song in a given year. The concept of the Ferrell movie is that he plays an Icelandic singer alongside musical partner played by Rachel McAdams. Their rival is a Russian singer (Dan Stevens), and the movie has cameos from the likes of Demi Lovato and other actual Eurovision stars.

The movie is not reviewing amazingly with a 58% on Rotten Tomatoes, but I wouldn’t expect much better from a Will Ferrell comedy in 2020. Audiences seem to like it a lot more with an 81%, and it’s popular, at the very least. Whether that means a sequel is on the way remains to be seen, but I would not be surprised.

So, what about Floor is Lava, now holding at #2? I would absolutely expect another run of that from Netflix. It’s a very cheap reality show and incredibly popular, so that should be a sure thing. All they need are new arenas and competitors and it should be easy enough to get another five hours of competitive content live in short order here, barring any issues with pandemic filming restrictions.

The Order has also performed well, and it might be enough to get it past the “two season curse” that sometimes afflicts Netflix shows. There are not many other actual shows on the board right now, as most are movies and documentaries or reality competitions, so The Order stands alone there. While not in the overall top 10, Hannibal has snuck into the top 10 for TV, and as that catches on, I would expect to maybe see the old NBC show rise once everyone figures out how incredible it is.

That’s all to report for now. See you when something big changes again. 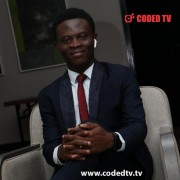 Three Ways To Prepare For The Post-Pandemic Customer Experience

Beyoncé Visual Album ‘Black Is King’ Coming to Disney Plus