A scientist is one who conducts scientific research to advance knowledge in an area of interest. Scientists do a lot of research before result is gotten.

At the end of each experiment there are all sorts of results that could be gotten, some results are negative while some are positive.

But for a scientist, all these results are data points. Each result is a piece of data that can ultimately lead to an answer.

The society and even most of us treat failure differently, we often take failure as being unfit in a particular task.

We treat failure in a test as being not smart enough, failure in business as not having what it takes, failure in art as not being creative.

For a scientist, proving a hypothesis wrong is as important as proving it right because along the way you always learn something that helps your next trail or another experiment.

Your failure shouldn’t be an indication of who you are, it should be a data point that will lead you to getting the right answer.

Failure is a price you pay to be right and this is not to say you should seek to fail or to stay failing at things that are important to you is fun but failure will always be a part of your growth for one reason or the other and shouldn’t be used to define your personality. 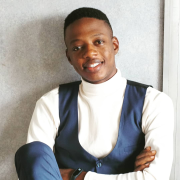 10 Common Money Mistakes You Might Be Making Without Even Realizing

How Women Can Take Control In A Post-Pandemic World

Raising The Sustainability Bar With Generation R: The Re: Generation

LIFESTYLE:- MANNER OF APPROACH AS A HABIT