Entitlement is the belief that one is inherently deserving of privileges or special treatment. It is also a state or condition of being entitled. For instance, people getting the idea of being entitled to another person because they helped using their resources. This is different from asking for help and giving the help back.

Why is entitlement a necessity? Should people do things and expect rewards from it? Of course you can do something for someone and not get that entitlement idea. However, we all can not be the same. Some people do things for humanity sake. That is, helping and looking up to God for the reward.

One major example of entitlement is a case where a man sponsors a girl to school and expects to marry her after she graduates. This should not be because the girl in question could have plans to pay him back but not marriage plans or sexual gratification.Why can’t we help people without holding them to ransom? Sometimes helping people can become evil.

To avoid issues of this sort, if you want to help anyone you should tell them upfront that the help is not for free (that you are not running a charity organization) and you are going to be needing the favour back. I believe whatever giving or helping humans do on earth, surely God sees everything and definitely pay us back whether good, bad or evil. 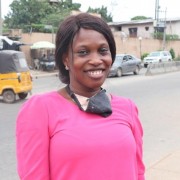