The days when the contributions of women were invalid and their place was solely in taking responsibilities of chores alone has been terminated. Women all over the world have become forces to reckon with; they have assumed leadership roles in prominent places.
The struggle to attain this achievement has not been an easy one as some individuals still view female as secondary, coupled with other beliefs that term the gender as weak and unable to lead. The interesting thing is that these factors have not deterred women from pursuing excellence; rather, it has motivated them to perform better.
The Nigerian Labor Force statistics has shown that as at 2019, the rate of women in the workplace was 52.9%, (The Nigerian Labor Force participation rate is reported by the World Bank).
Ranging from Chief Executive Officers of company to even presidents of companies to even presidents of countries, the feminine growth has known no bound. Women have been able to derail the belief that some professions are out of limit for the female gender. Do not let your gender discourage you from pursuing that dream. 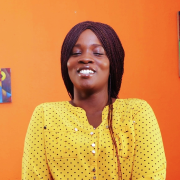 YOU COULD BE THE NEXT NICK HANAUER